We use a small number of cookies to measure our website activity and enhance your experience. Learn more
← Back to Blog 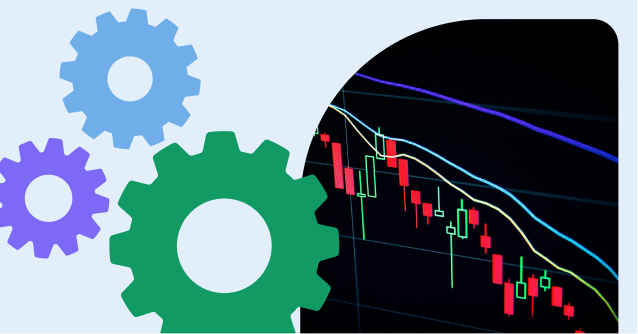 At PriceHubble, we work at providing the best tool on the market for real estate property valuation. To do so, we develop what is usually referred to as Automated Valuation Models (AVM). The purpose of an AVM is, given a set of property characteristics, such as the location, the living area, or the floor number, to return the most accurate price estimate for this property.

In this article, we explain how Regression Splines can be useful to effectively build such systems.

For the sake of simplicity, we consider the problem of estimating the price of a property given its living area. In that case, the AVM can be mathematically represented by a function; i.e. a mapping matching every possible value of the living area to a unique price estimate (figure 1).

In practice, all we have is a finite collection of property samples with their living areas and prices which we call the dataset (figure 2). Therefore, the problem of building an AVM amounts to finding the best function representing the relationship between the price and the living area using only this dataset.

A naive way to create the AVM would be to use a lookup table built from the dataset. This approach has many limitations, the most important ones being:

In order to build a well defined AVM and avoid the above limitations, we assume the existence of a Ground Truth function. Theoretically, if we have a dataset with an infinite amount of samples covering every possible value of the living area, this function can be defined by mapping each value of the living area to the average price of all samples having this value (figure 3).

In the field of statistics, this function is called the regression function. It is the best predictor of the price given the living area. More importantly, it minimizes the mean squared error, which is equal to the average of all errors squared as shown in figure 4.

In practice, the ground truth is unknown, but we can still approximate it by finding the function which minimizes the mean squared error over the dataset.

A linear function is fully defined using two parameters: the slope and the intercept (figure 5).

The linear approximation (figure 6) is too simple to be able capture the variations of the ground truth. We say that it is underfitting.

A more complex class of functions are polynomials. They are defined as the weighted sum of powers (monomials).

The highest power is called the polynomial degree. When the degree is fixed, a polynomial is fully defined by a finite number (equals to degree + 1) of weights. In this case, we can create a polynomial approximation by finding the set of weights which minimizes the mean squared error (figure 8).

The polynomial approximation is wiggly and tends to rather fit the dataset samples than the ground truth. We say it is overfitting.

This approximation is slightly better than the polynomial one, but the function has some points of discontinuity.

Regression Splines are none other than piecewise polynomials smoothed out in the discontinuity points. Beside being better approximators, this class of functions has many advantages:

As for polynomials, regression splines can also be written as the weighted sum of a finite number of predefined functions called the B-spline basis functions (figure 10).

The spline approximation is created by finding the weights that minimize the mean squared error. The solution is better than the polynomial approximation but still presents some wiggliness.

This wiggliness can be reduced by keeping the weights corresponding to neighboring B-spline basis functions close to each other (figure 12).

If the weight differences are constrained to stay small, we obtain a smooth approximation (figure 13).

In some cases, we have prior knowledge which is not necessarily reflected in the data. In this simple example, the price should always increase when the living area increases. This is not perfectly the case in our approximation (there is a plateau toward the middle).

An interesting property of the B-spline basis is that the spline function has the same monotonicity as the weights sequence.

If the weights are constrained to be increasing, we obtain a smooth increasingly monotonic approximation (figure 15). This approximation is very close to the ground truth alghouth built using only the dataset.

So far we only explored the simple case of an AVM with one variable (the living area). Regression splines generalize very well to multiple variables using a very similar process. For example, we can approximate how the price changes with the location (using the longitude and latitude) by a bi-dimensional spline (figure 16).

Regression Splines are a very powerful tool to effectively build Automated Valuation Models. They offer the possibility of modeling complex interactions and integrating expert knowledge in a controllable and explainable way. 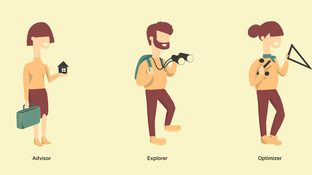 Our UX-Lead Alina Cvetkova is responsible for the design of our products and its user interface. In order to understand the needs of our customers in the best possible way she uses an approach called Personas. In this blog entry Alina describes how PriceHubble scaled personas to archetypes to be usable internationally, as the business grows. 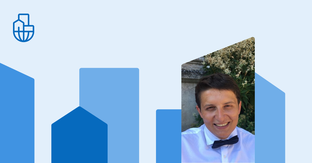 Maxime Nannan, Lead Data Acquisition at PriceHubble, tells us everything about his background, experiences and what he loves in his work. 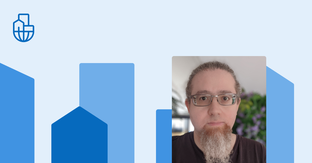 Yann Landrin Schweitzer joined PriceHubble as Chief Data Officer on February 1, 2022. We spoke to Yann about his first 100 days.

Read more →
Thank you for your inquiry. We will contact you shortly.
Something went wrong. Please try again in a while.
Request a demo

We will get back to you within 24 business hours.

Here is what you will get out of the demo:

Thank you!
We will get back to you within 24 business hours.

Would you like to book a time slot directly?

You can directly select a slot in the agenda of our specialists and thus secure your appointment now.